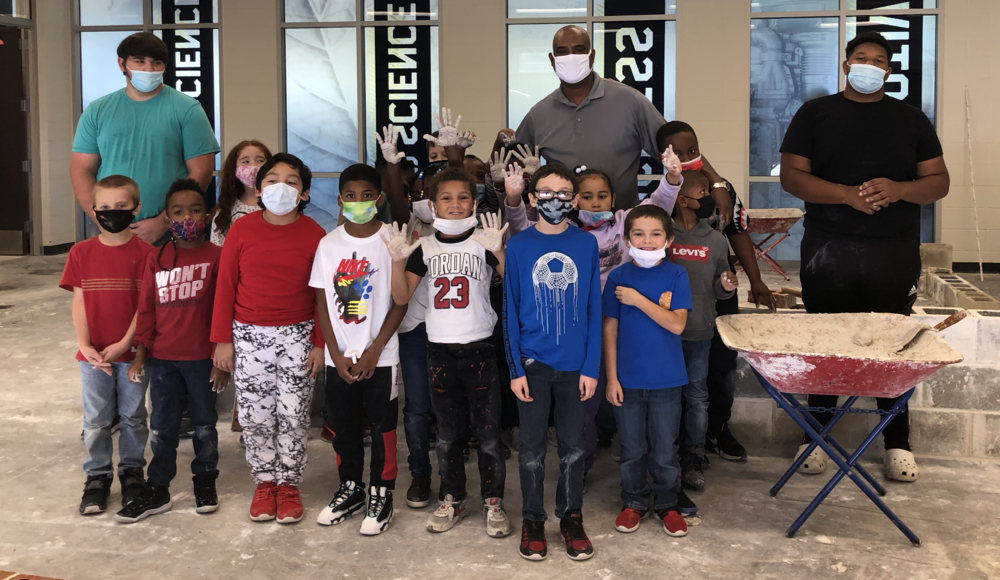 Every day at lunch, Mrs. Justus’s class passes by the decorated windows of Mr. Blango’s lab. The curious second graders finally asked their teacher, “What’s behind that window?”

She told them it was the Masonry class.

“Masonry? What’s that?” they asked.

“They build things with bricks and blocks,” Mrs. Justus explained.

The students immediately became excited and asked more questions. And with that, Mrs. Justus had an idea for an in-school field trip. Mr. Blango was thrilled to host the second graders. Aided by two of his students, Mr. Blango showed the second graders the lab and how to lay brick and mortar. They had the best time and are excited to take his class when they get older.

Mr. Blango said that working with the younger students was quite different than the high schoolers. With the younger students, he needed a little more patience and caring but was happy to see them having fun and learning something new.  At the end of the tour, he gifted the students crayons, pencils, and erasers so that they could start drafting. He also threw in some candy for good measure. Mrs. Justus’s students promised to practice, planning on using the Legos and blocks.

The trip thrilled not only the students but also Mrs. Justus. The class studied states of matter, and the students saw the lessons come to life in the masonry lab.

“To see it in action makes it real,” Mrs. Justus said. “And to see the light in their faces when they make that connection is amazing.”

Hopefully, more in-school field trips like this can happen. 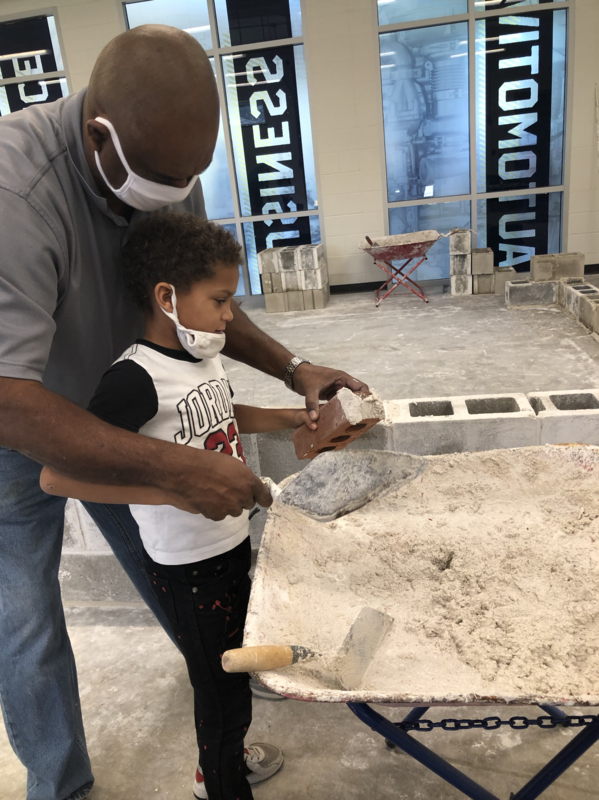 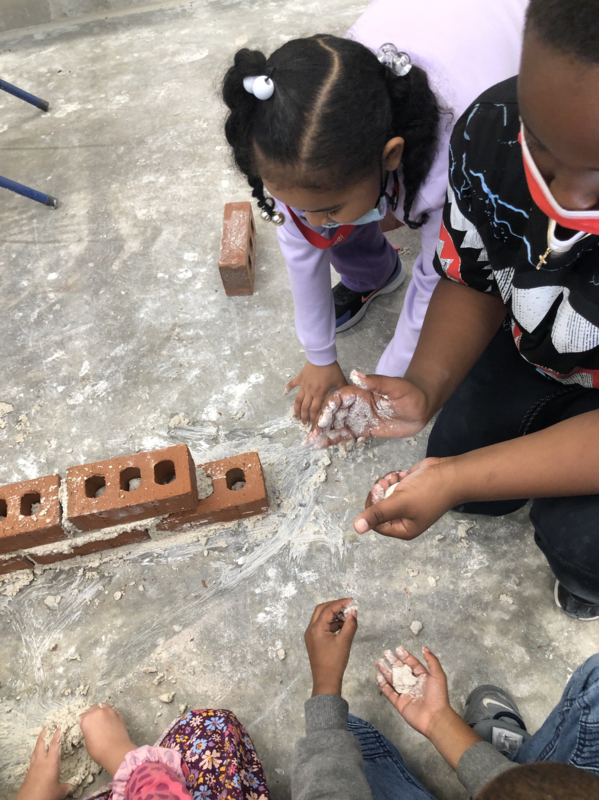 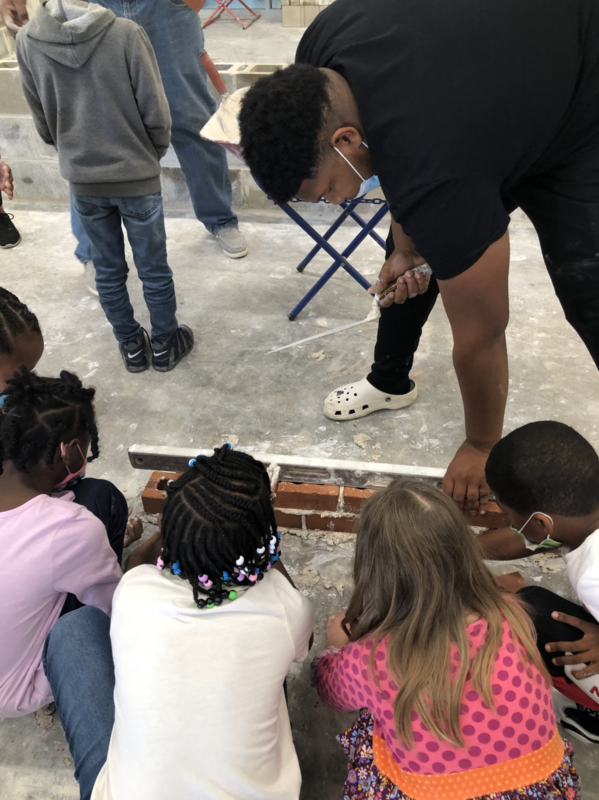 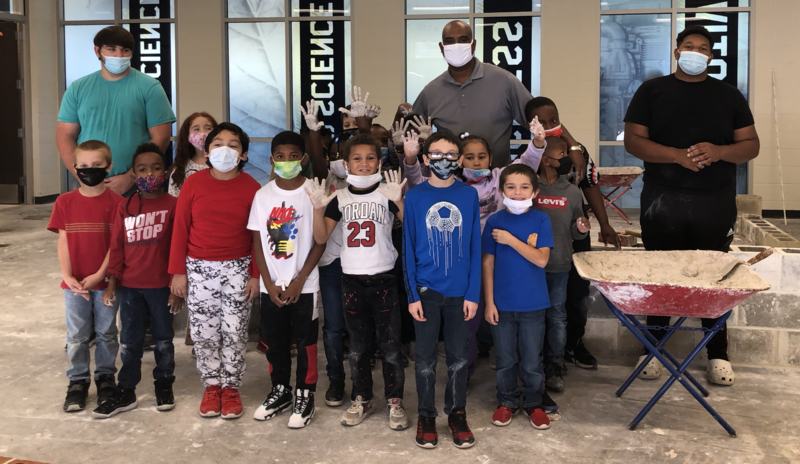